Mass Acceleration Motorsports is committed to providing our customers with superior customer service and products with unparalleled quality, fitment and performance.

Through exceptional research and development techniques, we design the products and processes used in our facility, allowing us to provide our customers with an exceptional final product.

At Mass Acceleration Motorsports, we strive for quality, integrity, and customer satisfaction every day. 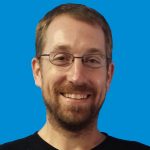 John Green has more than 11 years experience in the automotive world as general mechanic; and 14 years working within different racing industries. After graduating with his Associates degree in Automotive Technology, John worked for three years as a technician for his uncle obtaining his ASE Master Tech certification.  In this role, he fostered his small business knowledge as he learned to help manage the shop and run a small business.

Growing up on a farm, John learned from an early age how to diagnose, repair, and manufacture solutions in order to fix or rebuild tractors, small engine machinery, motorcycles, four wheelers, snow mobiles, cars, and trucks. His passion for problem solving, mechanical knowledge and learning lead him to working on race teams. While working full time, he spent his nights and weekends as a crew member and eventually engine builder for several local teams. His racing career started on the drag strip but quickly moved to circle track racing, with involvement on dirt track sprint cars in Pennsylvania and Southern Wheelen Modified series of asphalt modified cars.

To further expand his knowledge in the automotive, performance and racing industries, John and his now wife Tami moved to Charlotte in 2007. John again took full time jobs starting with general mechanics, engine building, and working his way into performance automotive industry in which he quickly became Shop Foreman and Shop Manager for 3 years. These opportunities provided experience in dyno tuning, performance rebuilds, and forced induction, all while increasing his industry networking and expanding his knowledge of managing a performance shop.

In his time away from work, John enjoys outdoor activities, including hunting, fishing, racing, four wheeling, snow mobiles, softball, and community service activities such as volunteering with Habitat for Humanity. More recently he enjoys going on road trips with his 2014 Jeep Grand Cherokee SRT. 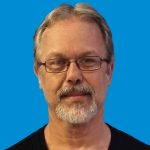 Paul has been turning wrench’s for as long as he can remember. Paul started his official career over 35 years ago and has a wealth of knowledge of all types of automobiles. ASE certified and other various certifications over the years, Paul’s resume is impressive to say the least. Paul has 2 sons Kenneth and Michael, and 2 grandchildren. In Paul’s free time he likes to follow what is going on with NASCAR and is an avid Church member who sings in a gospel quartet. 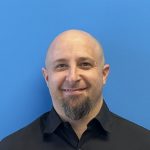 Will joined MXA in the fall of 2021, and brought 20 plus years of experience with him. Having first honed his skills as a Lexus dealership he then graduated to building professional race cars, hot rods, street cruisers, and classic cars. Using his degree in Automotive Technology and ASE Master Certification, he specialized in driveability and diagnostics but remained proficient in electrial work, wirig, and general repair. Working as the shop forman here at MXA, he will be the one checking up on your projects, making sure they keep moving forward smoothly and ensuring they recieve the absolute best care and quality of service from beginning to end. 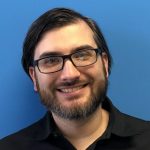 Adam took a non-traditional route into the automotive world. He graduated from Appalachian State with a BS in History with plans of becoming a High School History teacher. However, after building an ECU as a hobby, he quickly changed course to the automotive industry and began working for 42 Autosports expanding his automotive knowledge around Subaru and Mazda. During his 8 years there, Adam found his passion for engine building as he worked his way up to general manager.

Adam tried to leave the automotive industry by taking a full-time job as an Industrial Technician, but he just could not stay away. He joined the mXa team in the summer of 2020 as part-time engine builder.

In his “spare time,” Adam enjoys hill climb racing and spends too much time reading or playing video games. As a self-proclaimed nerd, he is always happy to discuss technical details at length if you ask him. 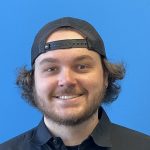 While attending The Tuning School in Texas, Devin found he could join his love for cars with his passion for photography, marketing, and digital media. This newly realized career path led him to a role as the Marketing and Social Media Specialist at Nitrous Outlet for a year, before returning to North Carolina and joining the mXa team in early 2020.

Devin’s love for cars and racing stem from growing up around his grandfather who raced in SVRA, SCCA and other vintage motorsports associations. He wants to continue this legacy some day with his grandfather’s 1966 MG Midget that he hopes to run in local SVRA racing series.

On the side, Devin continues his passion for photography as a free lance photographer and videographer. 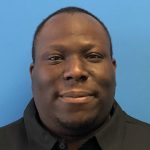 G is the man behind the scenes with nearly 20 years of experience in the automotive industry. G has worked in dealerships, independent repair shops, and automotive performance shops with roles such as service technician, performance consultant, shop foreman and service manger. His love of cars started very young at the age of 4 with aspiration of growing up to be in the football industry or the automotive industry. The fork in the road at age 18 took him down the path of the automotive industry and business management. By the age of 19 G was drag racing regularly as much as he could acquiring all types of different vehicles over the years until the age of 24. From the age of 24 G concentrated more on the business side of the automotive industry and performance aspect of what he experienced from drag racing and to use that experience to help his customer with their performance vehicles. By 2006 G started working at a well know performance shop in Maryland, over time he would become Shop Manager and Foreman. Over the next 10 years he would gain vast knowledge of Toyota Supras, Dodge Vipers, Mitsubishi Evolutions, and Honda S2000s. On the weekends, G can be seen driving his 2016 Pro Charged Dodge Challenger in mXa blue (a.k.a B5 Blue).