Inspired by the 1970’s original, the new generation Dodge Challenger is a true, in-your-face retro coupe design that packs a serious, HEMI-powered performance punch – but not nearly as serious as a ProCharger supercharged and intercooled Challenger!

While the whole of the automotive performance world was swooning over the Challenger’s introduction, ProCharger engineers and system developers were already hard at work on supercharger systems that allow owners to take their Challenger’s performance to the next, tire-shredding level.

Challenger owners have two complete supercharger offerings to select from; an HO Intercooled and Stage II Intercooled. Both are available as complete systems or tuner kits for 2008 and newer models.

Owners of R/T Challengers equipped with a stock 5.7L HEMI can add up to 130 HP with the addition of an Intercooled ProCharger Supercharger System. All ProCharger systems are designed for and provide outstanding everyday driveability and reliability.

ProCharger systems and kits for 5.7L HEMI Challengers have been painstakingly designed to be installed onto completely stock or modified engines and require no major modifications to the vehicle’s components. Under the hood, the installed ProCharger looks like it could have come from the factory, while the large, front-mounted air-to-air intercooler lets everyone know, “this isn’t your average Challenger!” 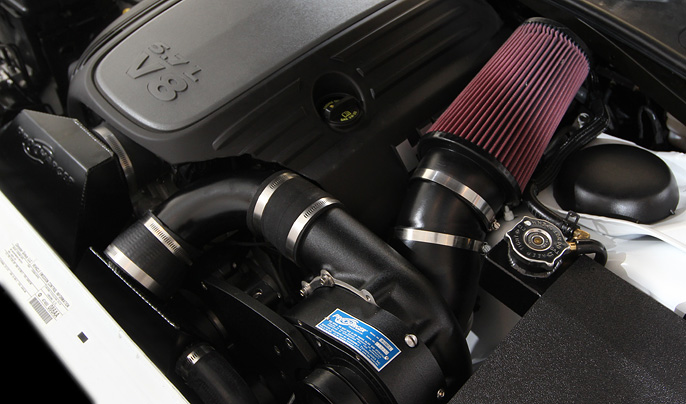 *Higher boost levels are available for modified engines.
Tuner Kits: These kits make sense for someone wanting to perform custom tuning of the car and push the envelope in performance.  Will most likely be experimenting with alternative fuels such as 93 octane, race fuel, E85 fuel, and methanol supplemental fuel.  In addition, possibly changing engine components like heads, headers, exhaust, and cams for the engine. No tuning or fuel components provided.

Want to learn about HO vs. Stage II, Tuner Kits vs. Systems, Intercooling tech and much more? Click the button below to visit the ProCharger 101 page.

With power, reliability and quality far superior to other forced-air induction systems, ProCharger Intercooled Supercharger Systems and Tuner Kits are excellent ways to add even more power to these modern HEMI powerhouses. ProCharger systems for the EFI HEMI engines feature a visually appealing “from the factory” look, easy installation, minimal relocation of components–no oil feed and return lines and avoids the unsightly complexity and maintenance issues of an air-to-water-to-air intercooler.

The HO system allow Challenger owners to experience what huge HP feels like in these modern Mopar® muscle cars. This system utilizes the patented, proven and self-contained P-1SC-1 ProCharger, a 3-core air-to-air intercooler, OEM-quality mounting brackets, eight larger fuel injectors, a fuel-pump booster and all necessary supercharger and intercooler tubes for installation onto Dodge Challengers with no major modifications to your car or engine.

The HO Intercooled System add more than 130 horsepower when installed onto the stock 5.7L HEMI engine while running high-quality pump gas and enjoying all the day-to-day driveability you’ll experience every time you’re in the car. Thanks to the largest power gains and coolest charge air temperatures in the industry, no other forced induction system for the Challenger even comes close.

Building on our late-model, EFI HEMI supercharging leadership, and combining it with our 100+ international racing championships, ProCharger now has taken the next step: the Reverse Cog Race Kit for late-model, modern 5.7L and 6.1L HEMI engines. 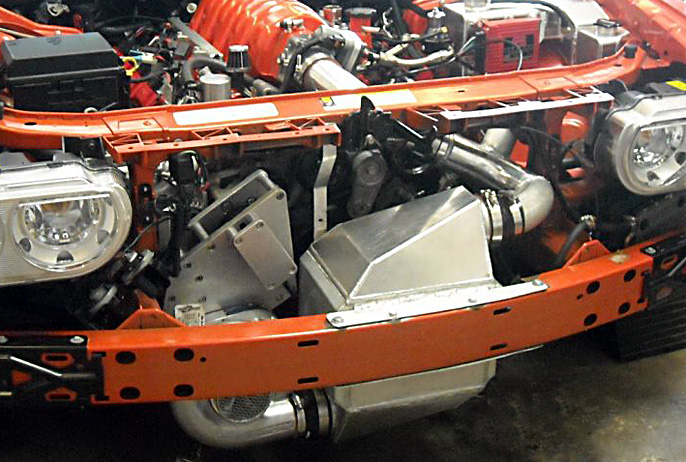 The ProCharger P-1X and D-1X head units feature the robust, self-contained gearcase that is standard on most ProCharger models, but with a new aerodynamic compressor design that creates cooler charge air temperatures and more horsepower at the same boost level than our industry-standard P-1SC-1 and D-1SC. This higher efficiency design was engineered to be a bolt-in replacement for P-1SC-1 and D-1SC equipped systems and has even greater max-power potential. 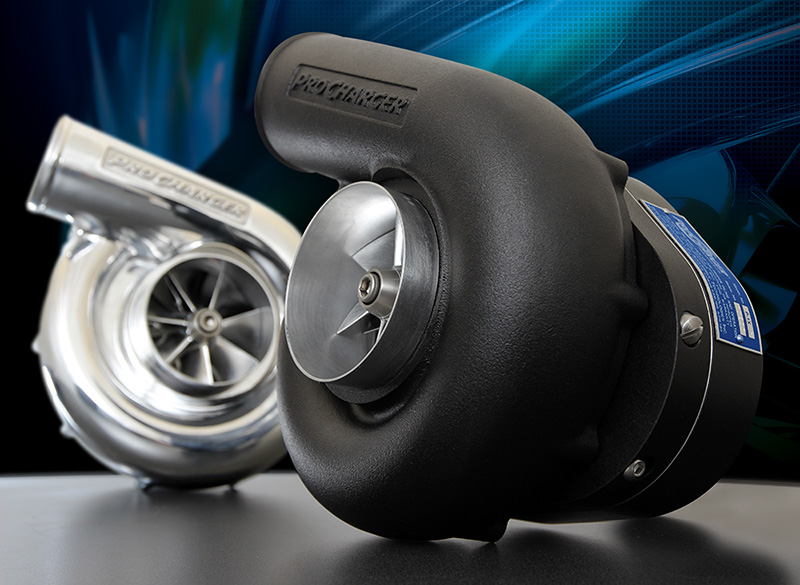 For modified engines, an intercooled ProCharger supports the highest boost and power levels in the industry.